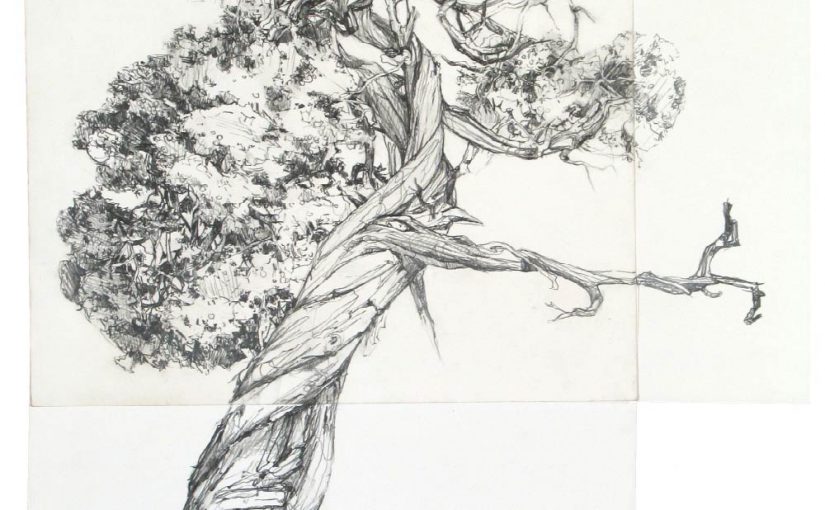 As a resident of the West, I am surrounded by trees. I hike between them, ride my bike through them, and sit under them to catch solace from the summer heat. I feel connected to them, and that is why I began to draw them. Pencil and drawing pad in hand, I would set off to find the tree and then I would sit…and draw – sometimes for 12 hours – adding sheets of paper as the graphite tree essentially grew. It wasn’t until then that I began, and only began, to understand them as individuals. Sitting for nine hours with a pinyon allowed me to observe the way the sun cast its light on the tree and therefore grasp why it favored growth in a particular direction. While attempting to draw a gnarled juniper on Muley Point, I, like the tree, was a victim of ferocious winds blowing off the mesa and understood why the tree was so twisted and wild. Sitting in a clearing cut by logging trucks I drew a ponderosa, observing the spray-painted mark on its trunk and became blatantly aware of its destiny.

These drawings are portraits. Their subjects, great sages.